March 8 & 9th 2019 We return to Harrisburg/Hersey Comic Con in Harrisburg PA for our 2nd year The Magic of Who, The Fantastic Magic of Potter and the All fandom show.

May 11 & 12 2019 We return to our third year in a row to Hudson Valley Comic Con in Poughkeepsie, NY Fantastic Magic of Potter and All Fandom show

June 22 We return to Nashua Comic Fest in Nashua NH Shows at 12pm and 2pm in the Nashua Theater. This event is Completely Free 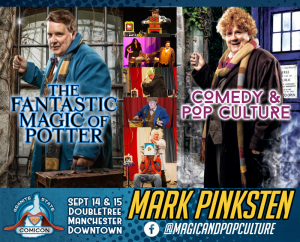 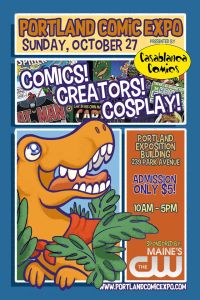 November 15 & 16 SuperMegaFest Framingham MA Our 5th time. All Fandom Show at 11am and 3pm  and Fantastic Magic of Potter show at 1pm Each Day

We are actively booking for 2020

Date to be determined